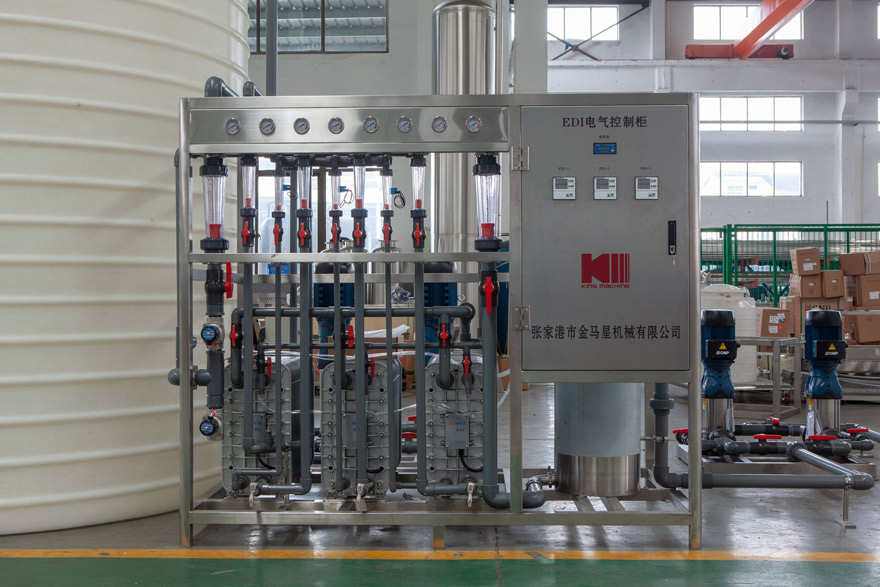 Electric desalination is actually the addition of resin to the desalting compartment of the electrodialyzed anion and cation membrane compartments as a desalting compartment. Applying DC current across the stack creates a potential difference that moves the cations in the raw water toward the cathode and through the anode, moving the anions toward the anode and through the membrane, allowing the anions and cations to enter the concentrating chamber with concentrated water. Drain. As the water resistivity of the desalting compartment increases, the polarization occurs in the near-film layer, and the water is ionized and decomposed into H+ and OH-. The resin in the desalting compartment is often in a regenerated state, and the ion exchange resin which realizes continuous deep desalination filling is a kind. The special high conductivity resin has a much higher conductivity than the low concentration water. The resin particles continuously undergo ion exchange to form an ion channel, which increases the conductivity of the deionization chamber, thereby weakening the polarization phenomenon of the electrodialyzer and increasing the limiting current of the electrodialyzer, that is, improving the desalination capacity. The addition of resin to the desalting compartment increases the agitation of the water stream, promotes ion diffusion, increases the conductivity of the desalting compartment, increases the limiting current density and current efficiency, and contributes to deep desalination. When the operating current of the EDI device exceeds the limiting current, the interface layer near the membrane and the resin will be polarized, and hydrolysis will produce OH- and H+, which will regenerate the resin. During the operation of the EDI equipment, the salt in the water is desalted by electrodialysis and desalted by exchange of cation and cation resins. The water quality is deteriorated due to resin regeneration. High quality pure water can be produced by selecting appropriate conditions after commissioning.
The EDI equipment uses electric regenerated resin instead of acid-base regeneration, which can replace the mixed ion exchanger. The effluent water quality can reach 18MΩ.cm (25oC), and the SiO2 and TOC removal rate is high. 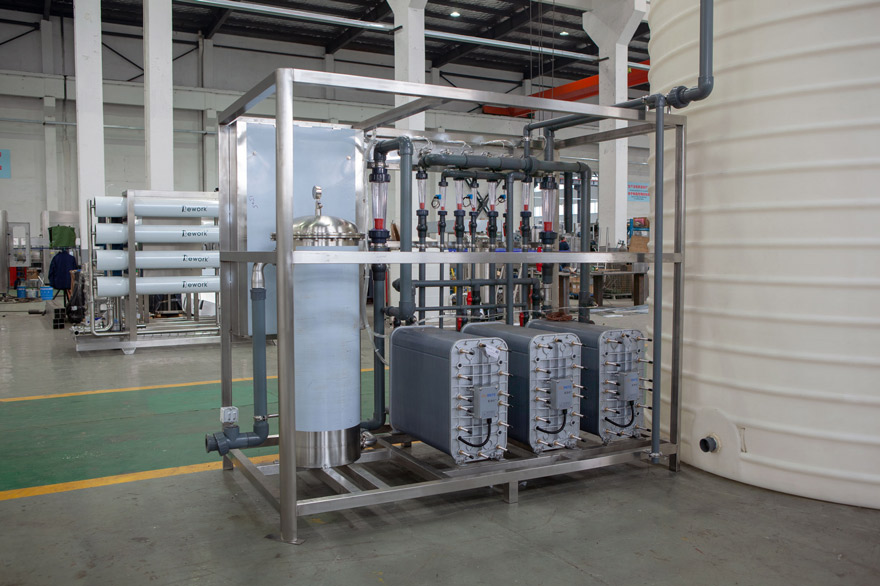 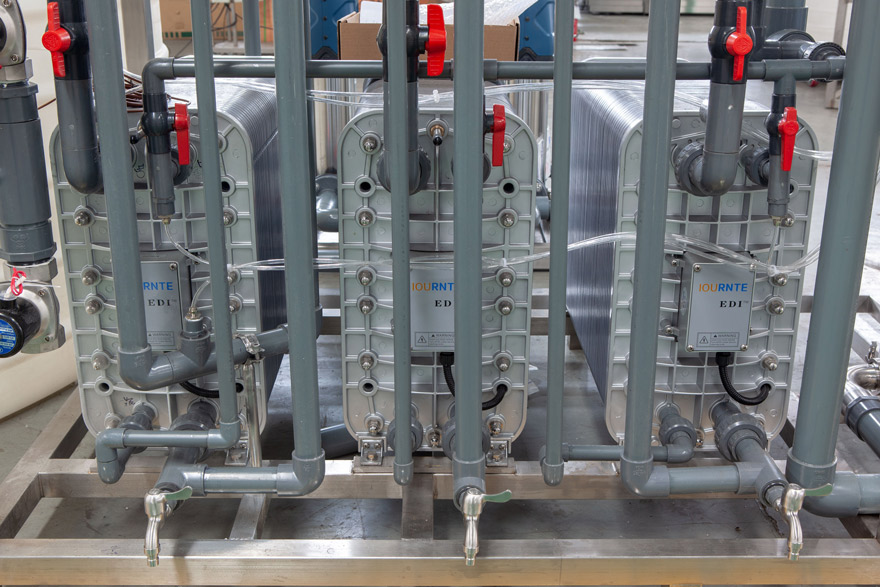 There are no reviews yet.

F&N is a Group of Companies including F&N International, IndusMark Engineering and EnnKay Enterprises, serving to Leading Food, Beverage and Cosmetics Companies all across Pakistan and the Globe.